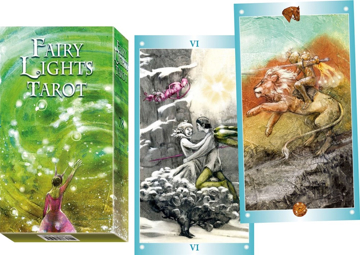 The Fairy Lights Tarot has 78 unique and imaginative fantasy cards, from the same artist as the Tarot of the Secret Forest.
179 kr 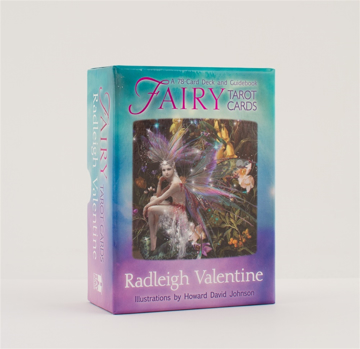 The fairies are nature angels who assist us all with earthly concerns, including increasing our self-confidence in our ability to make a positive difference in this world. The 78 gorgeous cards in this deck are geared toward helping you 'wear your invisible crown' and fulfil your life's purpose.
249 kr 189 kr 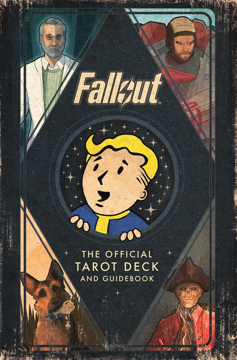 Featuring deluxe custom artwork of iconic figures from the beloved Fallout franchise, this deck is a great way to enjoy the characters and lore of this popular video game. Containing both major and minor arcana, the set also comes with a comprehensive guidebook explaining each card’s meaning, as well as simple spreads for easy readings.
339 kr 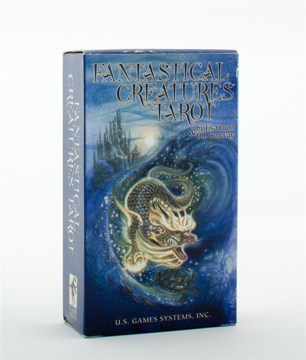 From the worlds of mythology, folklore and legend, Fantastical Creatures Tarot brings to life a colorful menagerie of mystical beings. Lisa Hunt’s luminous artwork shows us glimpses of the mystical beings that inhabit our imagination, and reveals the lessons they can teach us. “Most ancient cultures believed that it was possible to make contact with these mystical creatures.
219 kr 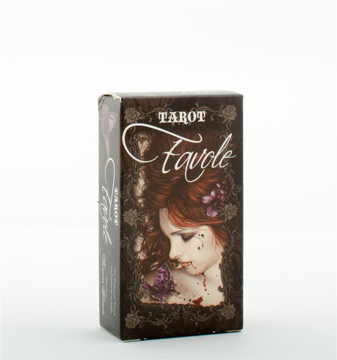 Tarot Favole made of 78 coloured cards and instructions booklet in four languages. This Tarot recreates in great detail a romantic and mystic Gothic atmosphere. Designed by Victoria Frances , an international phenomenon beyond the illustration world who has made a great success of the world of Favole.
159 kr 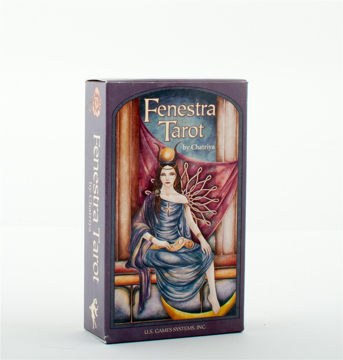 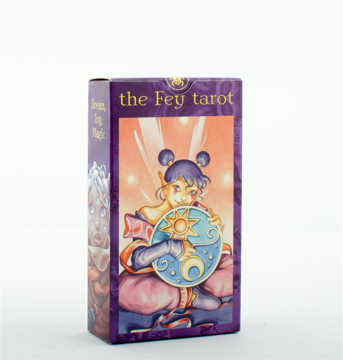 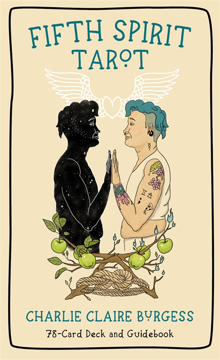 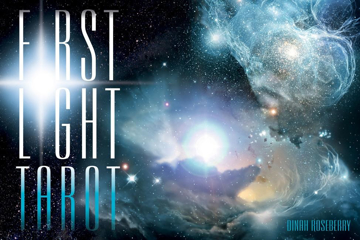 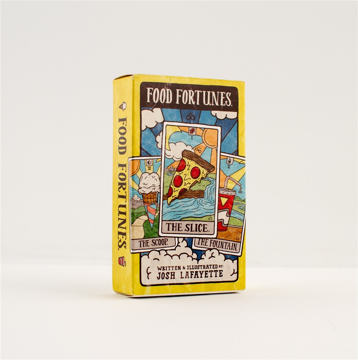 This playful take on tarot makes divining the sacred mysteries of "what's for dinner tonight?" a snap. Simply lay the cards out three at a time and voila—a meal appears, a vision from the spirit realm. This dining divination game can be played alone or with hungry friends to give apathetic appetites a mystical nudge in the right direction.
179 kr 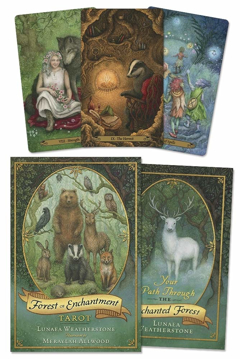 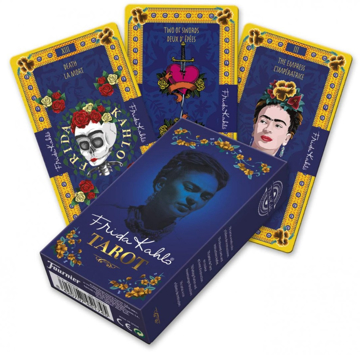 The life, works and artistic essence of the much missed Frida Kalho, one of the greatest painter of the XX century became Tarot. Of Mex-ican origin and identity, Frida Kalho became an icon of feminism and modern art, integrating her own vision of the self, of darkness, of light and of joy with a complex social and political understanding.
189 kr 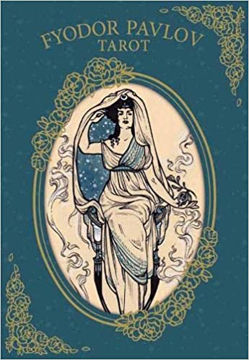 Captivating artist Fyodor Pavlov pays tribute to the seminal Smith-Waite Tarot Deck® imagery by creating a hand-painted tarot deck in watercolor and ink that is informed by his personal queer and trans experiences. The result is a tarot deck that is familiar and timeless while exploring new and diverse representations of gender, sexuality and culture.
479 kr 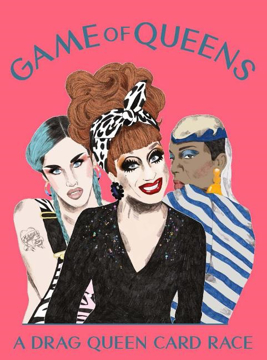 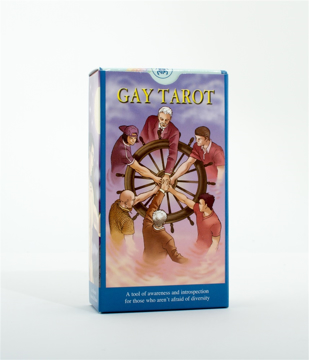 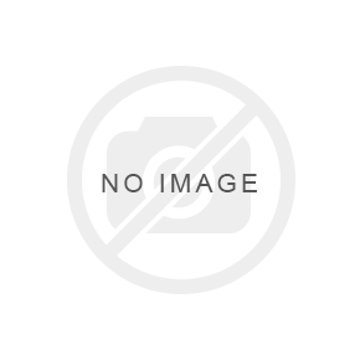 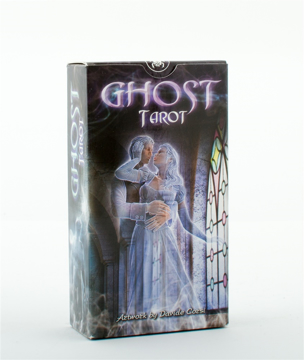 Between the visible and the invisible, between memory and the supernatural, there is the world of ghosts. The Ghost Tarot takes you to a romantic and eternal world, where wisdom abides among the restless spirits searching for lost mortality. 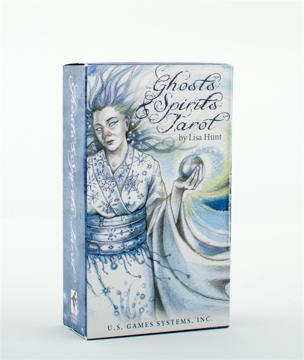 Ghosts and Spirits Tarot explores the fascinating realm of ghosts, surveying supernatural lore and legend from around the world. This luminous deck presents 79 ethereal beings, some frightening and some friendly.
249 kr 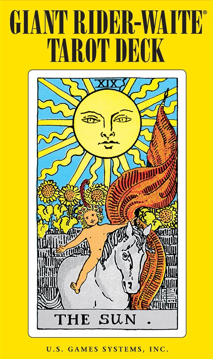 Rider-Waite Tarot has set the standard for hundreds of other tarot decks, which follow the archetypal images created by Pamela Colman Smith in 1909. Her vibrant drawings continue to appeal to tarot lovers, especially those learning the tarot symbolism for the first time. The full pictorial images on all 78 cards allow interpretations without the need to consult the booklet.
339 kr 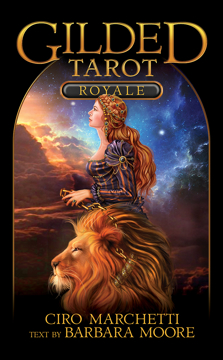 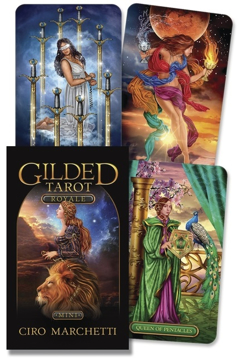 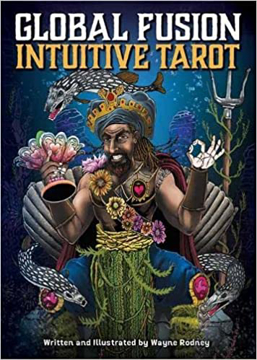 Global Fusion Intuitive Tarot grew out of Wayne Rodney’s culturally diverse worldview, his interest in Rosicrucian mysticism, and his belief in synchronicity and the common threads that unite us all. As a catalyst for introspection, this unique deck encourages readers to rely on their own intuition and personal associations when engaging with the titleless cards for an enriching tarot experience.
369 kr 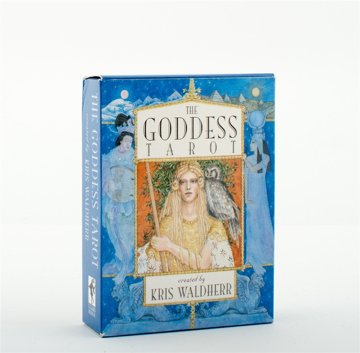 The Deck of Kings is a functioning oracle deck that can be used on it's own or in conjunction with a tarot deck to divine the unknown. 16-card deck featuring illustrations from Goetia: Kings of Hell Each card includes the demons respective sigil Custom velvet card bag with red satin lining
300 kr 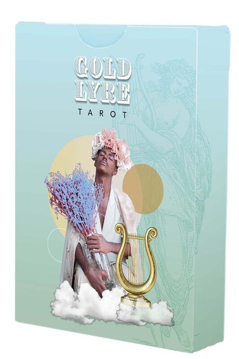 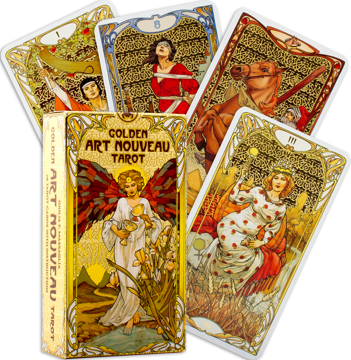 Giulia F. Massaglia brought us the beloved Mucha Tarot. Now we can enjoy her version of the traditional Rider Waite Smith images in an enchanting art nouveau style. The beauty of the cards is enhanced with gold foil, adding a sense of magic to these astonishing images. 78 full colour cards with gold foil impressions & instructions
279 kr 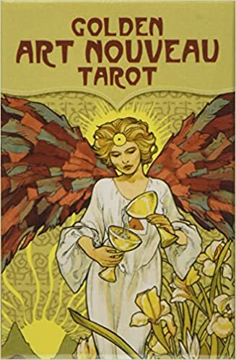 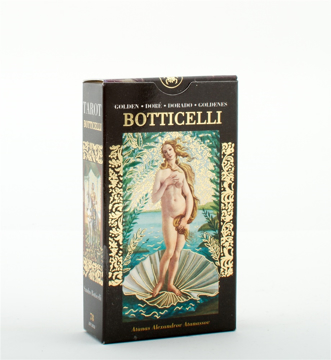 A great Master reinterprets a painter rich in mysterious meaning. The symbols present in the works of Botticelli express, in a concealed way, a harmonious vision of Nature, that unites the ideals of beauty with an esoteric and religious dimension. These cards reveal, to an attentive observer, a truth that is more profound the more one penetrates the analysis of the details that compose each image.
279 kr 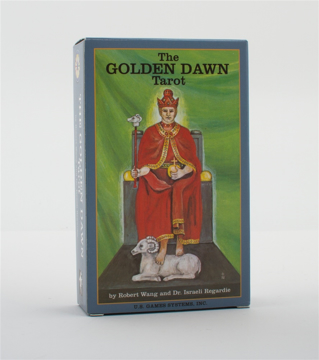 Golden Dawn Tarot Deck: Based Upon the Esoteric Designs of the Secret Order of the Golden Dawn

More than thirty years ago, U.S. Games Systems published the The Golden Dawn Tarot, revealing for the first time many truths and secrets of the Hermetic Order of the Golden Dawn, and its interpretation of the tarot. Dr. Robert Wang has faithfully rendered in authentic detail each card of The Golden Dawn Tarot deck based upon the esoteric notebooks of MacGregor Mathers.
289 kr 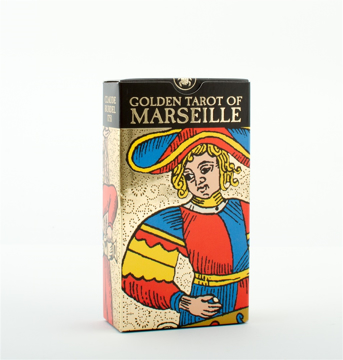 The line art has been restored from the original xylography made by Claude Burdel in 1751. The colors have been restored to the original brilliance and the cards have been enhanced with full gold impressions on every Arcana. This deck is the richest and most precious Marseille deck ever. With revised instructions and graphics.
239 kr
Populära taggar
Visa alla
Filter Close
Rensa alla
Pris Rensa
Min: 49 kr Max: 800 kr
kr49 kr800
I lager Rensa
Mediatyp Rensa
Språk Rensa
Valda alternativ
Rensa alla
Visar av resultat
Kategorier